The People’s Banner Workshop collaborates with various activist groups––BLM, Immigration Justice, Antiracism, Climate Justice, Worker’s Rights––to determine key messages for banners that will help their actions by visually engaging the public space. In addition, its aim is to draw the attention of local news media to their actions in order to communicate with the audience-at-large.

Unlike the artist’s studio work, the banners are often created quickly to respond to calls for action on short notice. The banners can then be brought or mailed to wherever they are needed. Once the banners are made, they belong to the activists to be circulated among them and to be taken to various marches, rallies and direct actions.

While the Workshop functions as a mechanism for production, it also provides citizens/activists a space--artist’s studio and/or public venues--for building comradeship.

Grounded in the notion of “Citizen Artists,” the People’s Banner Workshop welcomes participation of both artist and non-artist citizens in order to amplify their collective voice. 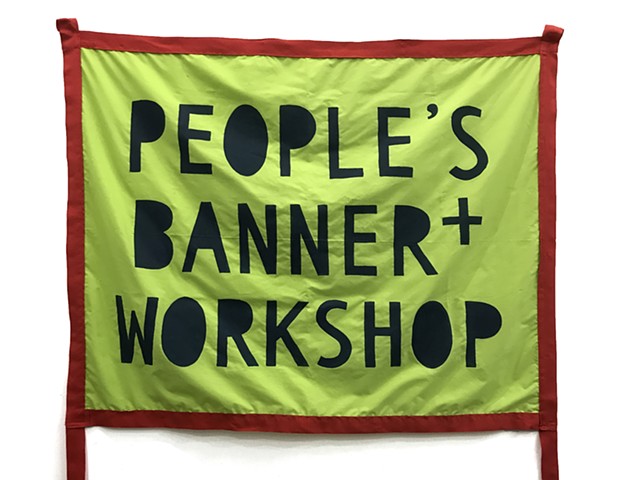